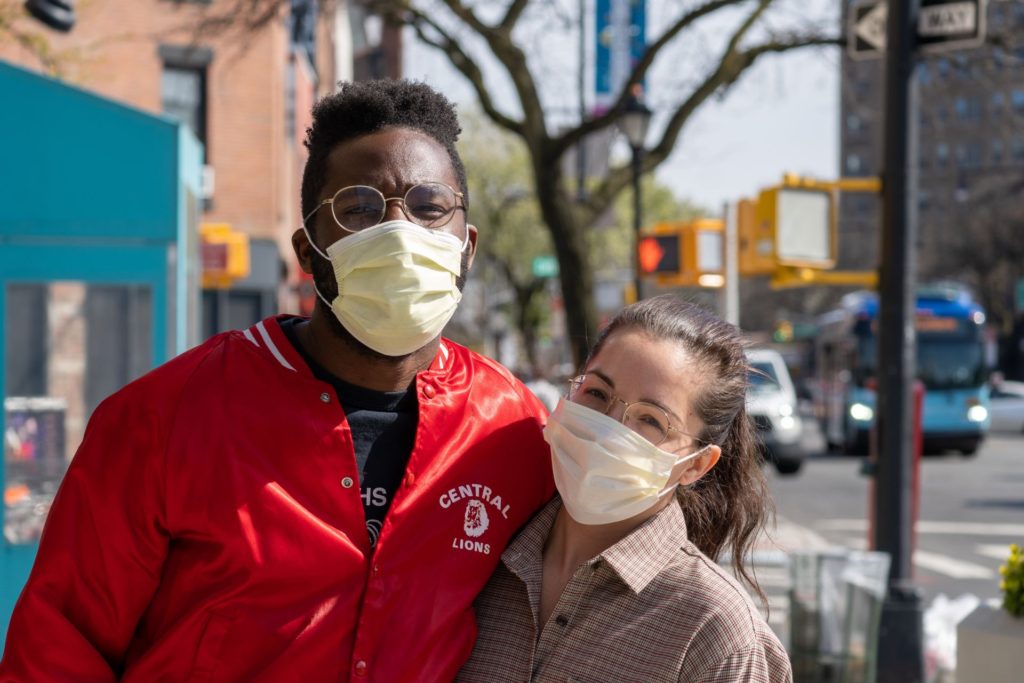 As the U.S. continues to take its place as the new COVID nation, the global face of just how bad this thing can get, I am saddened by the sheer hate and violence that is breaking out all over the country. At a time when we should be pulling together to beat this thing, we are split apart as we all sit in disbelief watching our brethren beat the living crap out of each other. The news has once again turned into Reality T.V. as looters and protestors demonstrate their outrage in response to the latest senseless brutal act in the name of justice. My heart just breaks.

In the past two weeks, I’ve learned to tune out or just turn off the news because I cannot stomach yet another story of how a person empowered with authority brutally and maliciously harmed — nay, extinguished — a fellow human being. These latest stories eclipsed what should have been a national celebration of the SpaceX program that launched two men towards the International Space Station, an endeavor that Americans have not experienced in almost a decade. Congratulations, Bob and Doug!

There was a time when powerful people led to empower others, and when they screwed up, we held them accountable and  expected them to make it right. Politicians, corporate leaders, and even the justice system seem to have forgotten who put them in charge. The American citizen needs to remind them by cutting off their most intoxicating supply chain: cash.

While I would like to believe, and still hope that one day it will be true, it is not love or peace that makes the world go round; it’s hardcore currency. We need to take a step back and remind leaders that we decide where to spend our time, our energy, and our hard-earned money, and if they’re not living up to their end of the bargain, we will fire them. Politicians, retailers, corporate executives/leaders/managers, and yes, cops, lawyers, and justice dispensers — if they are not doing their job or if they are exhibiting bad behavior, we have the right and the responsibility to call for and expect their termination, and if applicable, their incarceration. Whether you make fifty dollars an hour or a day, you have the same fiscal responsibilities and rights as your neighbor; take your valuable currency elsewhere.

I’ve applied this in my own personal life. In the last year, I fired my employer and went to work for one that values and empowers its people. It took six months to adjust to meetings where no one was threatened with their job, told they were stupid, or left in tears. I got rid of a vehicle that I was not comfortable driving and only brought me pain and turmoil — gone! I’ve taken a good hard look at my service providers, my inner circle, and my habits. If they aren’t cutting it, are cutting corners, or are just plain toxic, they’re out. I’m not having it anymore. No need to fight about it. Don’t beg for change, don’t expect miracles; just fire them. Yes, you can fire your family, your spouse, your S.O. If they are behaving poorly and you’ve tried to get them to see the light to no avail, turn off the lamp, leave the room, and see if they can find their way out of the dark by themselves. Sometimes you have to walk away and stop spending your currency on a big, soul-sucking black hole.

Hopefully, they will regroup their poop and return to make things right. Until then, you go on being your bad-ass, happy-ass self and make it rain sunshine, happiness, and maybe even a little coin up in here! Who has time for crap that just pisses you off and makes you unhappy? Not this broad. Last time I checked, this life is temporary, so limited do-overs are available to all of us, but especially to douchebags.

See, I believe that Americans have been so busy chasing what we’ve been told is the American Dream, we have forgotten what it means to be an American. One Nation, under God, indivisible, with liberty and justice for all — not just for a few select high-powered bullies who probably had their underwear yanked up their ass and over their heads in grade school! Payback might be a bitch, but I promise you that the karma cops are watching. We do not have to keep paying for the sins of people who did poopy stuff. So close your payment app and just say no to that crap. Insufficient funds available for B.S.

We have forgotten that we have one true superpower as a nation: our right to cast votes and elect officials who we put in charge of our security, our banking systems, and our collective well-being. If we don’t like the job they’re doing, the bully behavior they’re exhibiting, or their lack of integrity, withhold the love, the money, and the time; fire them!

Turning into bullies ourselves does not solve the problem; it inflames it. Sometimes walking away and saying nothing at all, as we withdraw our moolah to take along with us, says more than any fit of rage, tantrum, or tit-for-tat can ever vocalize. Banish the bullies and save your currency for someone or something that will truly make a positive difference in your bank of bliss. When the narcissists, cheats, liars, and bullies finally realize that they’re broke and alone, they may finally start to see our value.