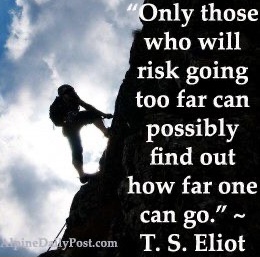 I recently had the pleasure of participating in the milestone birthday of one of my favorite people. Celebrating on the rooftop patio of Legacy Hall, I watched my friend flitter from guest to guest, trying to reconnect with as many as possible while he was back in town. When it was finally my turn, I was not disappointed. It was as if we had seen each other yesterday.

B.Q. and I worked together for nearly six years and built a rapport, bonding over “what could possibly happen next” synergy. We regularly passed each other in the hallway to exchange notes, stories, and laughs about the ongoing sagas of the day. Often we were labeled as negative, naysayers, and anti-establishment rebels with only one cause — our own!

I won’t give away his age; however, suffice to say that time has been good to my friend. For all of our negativity, we both have benefited from a fighting can-do spirit that reinforces our resiliency to say “screw it” and move on. (Obviously, not without a knock-down, drag-out.) We both attribute our stable-mindedness to yoga and balanced wellness (meaning you can eat the damn cheeseburger — just don’t have one every day for the rest of the year, and yes, wash it down with a bee).  We also both believe in the power and freedom of entrepreneurship. While I am dipping my two big toes into the pond, last year he decided to swan dive right on in.

While he shared that there have been some challenges along the way, I could immediately tell that the decision fit him. He recently married (I love her!) and seems more at peace than he’s ever been. Truly, I am happy for him. I know that he will do well.

We both loved the company and the jobs we left; however, when the Universe provides a shove in a new direction, one would be foolish to push back. It was just time. Stress, anxiety, frustration, and disappointment are all indicators that the work assignment previously given is coming to an end. You can fight it if you want (and many do, we both did), but in the end, the Cosmos gets its way. Often times, leaving a career path, like leaving a beloved relationship, causes pain and regrets. We leave behind unfinished projects, opportunities, and people we truly value. Time, healing, and refocus are the triple ointment regiment of recovery.

B.Q. chose the independent route, while I opted for the interdependent pathway, working for a company that leverages my leadership spirit and SME skill set to transform chaos into well organized process. He’s farming somewhere in Oklahoma, and I’m wrangling the cats across three continents. But being entrepreneurial is a tricky road; it comes with ups and downs and twists and turns. While many would say that the key to success is to “stay positive,” I (and B.Q.) would argue that you got it all wrong, man! You want to be successful? Embrace your negativity.

I didn’t stutter. If you think it’s easy, it’s not. If you think you’ll make a million in the first twelve months, you most likely won’t, but if you look your demons square in the face and make them your Bee-otch, you will win, eventually. Don’t believe me? Fine. How about some expert witnesses then?

Dr. Albert Ellis, who is described as the “negative path” pioneer, cited that Greek and Roman Stoic philosophies say that negativity is useful when facing an uncertain future. By attending to the “worst case” scenario, one is actually creating a more realistic roadmap for a successful outcome. Translation: it’s not all rainbows and puppy dogs, so grab an umbrella and some poop bags (just sayin’).

Ellis’s findings were later echoed by Oliver Burke in a Wall Street Journal article, which suggested that acknowledging and dealing with the risk of loss and failure is a sign of resiliency. If you can face “what could possibly happen next” and embrace the suck that comes with it, then the up side looks far more appealing and attainable.

I myself can count the number of entrepreneurs and high functioning independent contributors in my circle of trust, and each of them shares the same common denominator: pessimism. It’s not that we don’t believe in positivity or lack the innate ability to be happy. Au contraire. We have learned to make fear our friend and failure our teacher by talking back to them with a double bird salute. No crap is taken, no fricks are given, and we will all cut out the fat, the fakes, and frustrations that prevent our success. Why? Because we are resilient, knowing that we’ll survive and heal from whatever sitch caused us pain. We grow and evolve from painful situations, and if we’re open to learning, they allow us to become the best and happiest versions of ourselves.

I’m not going to lie, I was hesitant about going to the party because i didn’t want to dredge up all of the old anxiety and angst around making the decision to separate from my beloved colleagues. But I rallied to spend time with my old friends and even made some new ones (that’s a totally different blog topic!). I listened to stories of others who also opted to follow new career paths and am once again resolute in the decision I made.

Going to that party gave me closure and allowed me to change my narrative on the ending. While I lost the opportunity to advance and finish much of what I started, I regained my health, peace of mind, time, and opportunity to grow in my personal life while contributing to an organization that values me and provides me with ample time and space to develop my entrepreneurial pursuits and charitable missions. I also got to keep all the friendships that I value. I’d say that’s a fair and equitable trade.

I’m positive that I made the right move. Naysayers need not reply.

Peace and Love to you B.Q. May you circle the sun on this rock for another hundred years my friend, and may you make success your “B.”